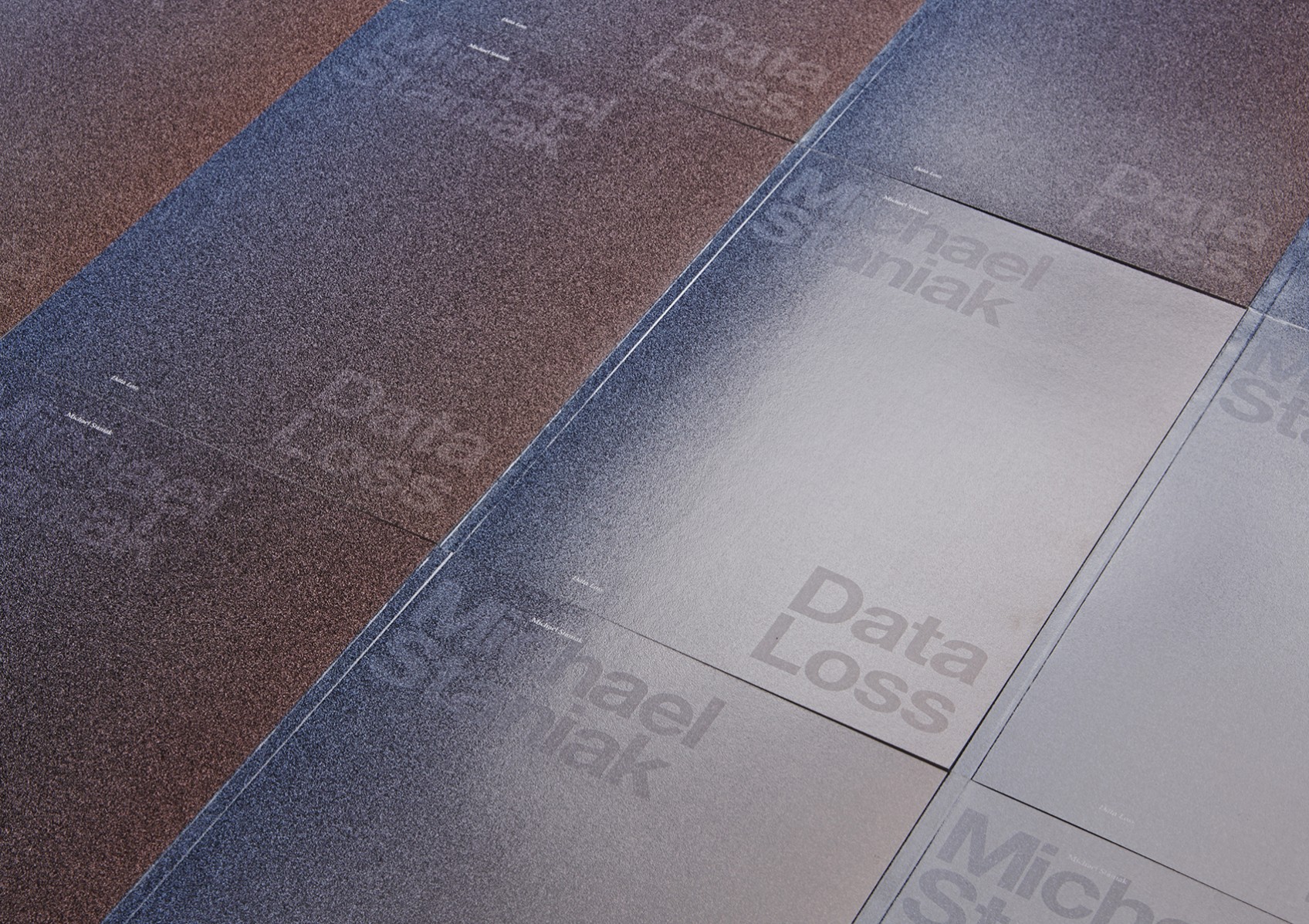 Michael Staniak creates visually striking artwork from thoughts and ideas around data and the secret world of information that technology has brought about. In Staniak’s 2014 show, ‘Data Loss’, at NKN Gallery he created large works from shredded data storage media such as DVDR’s and M-Discs.

The resulting works texturally resembles static noise from afar, which became the basis for the concept for the catalogue. The catalogue title and all work titles were produced in a digital varnish of visual noise.

When viewed from certain angles the text is legible and from others it disappears. As with Michael Staniak’s work, what is seemingly a flat surface suddenly reveals more. 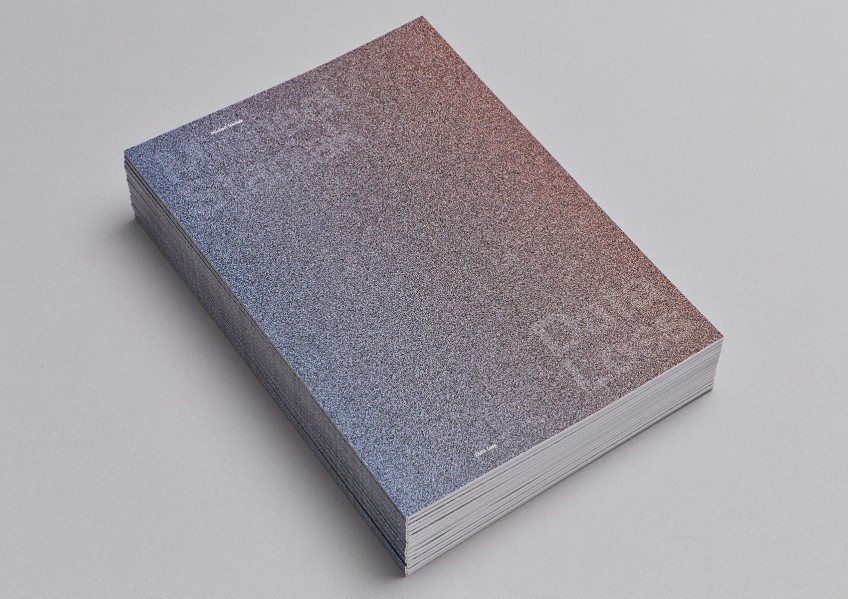 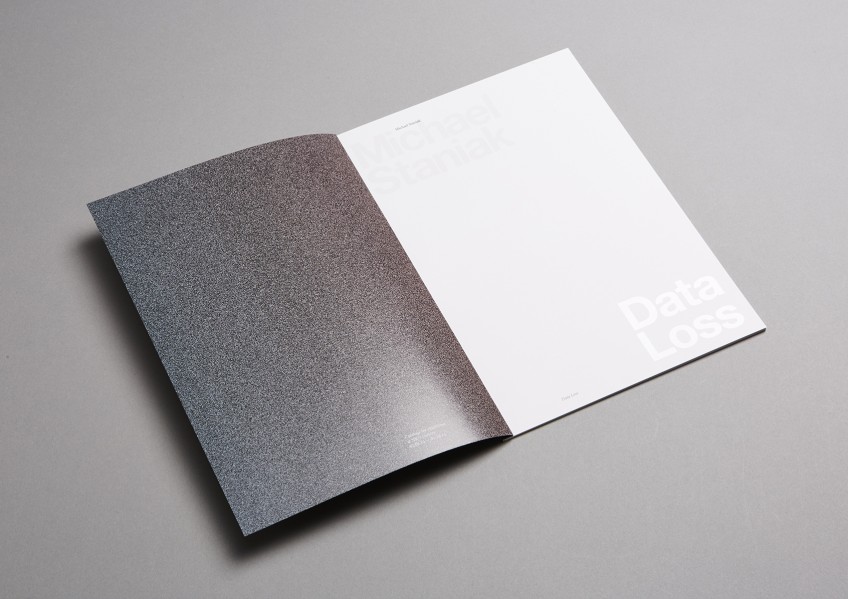 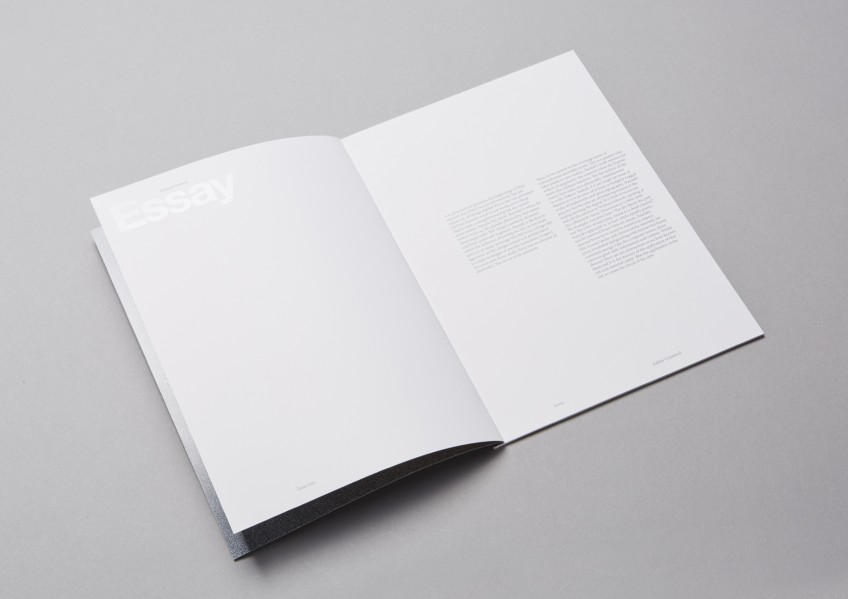 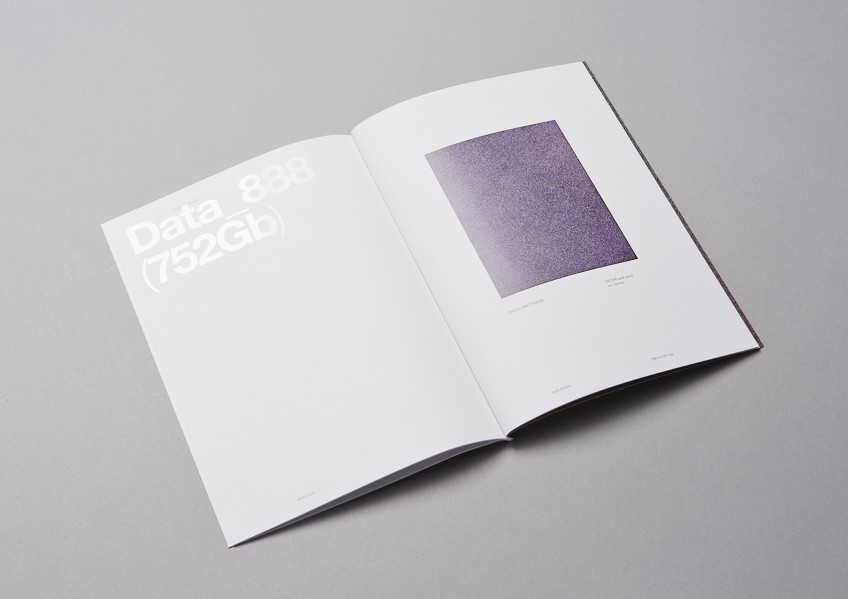