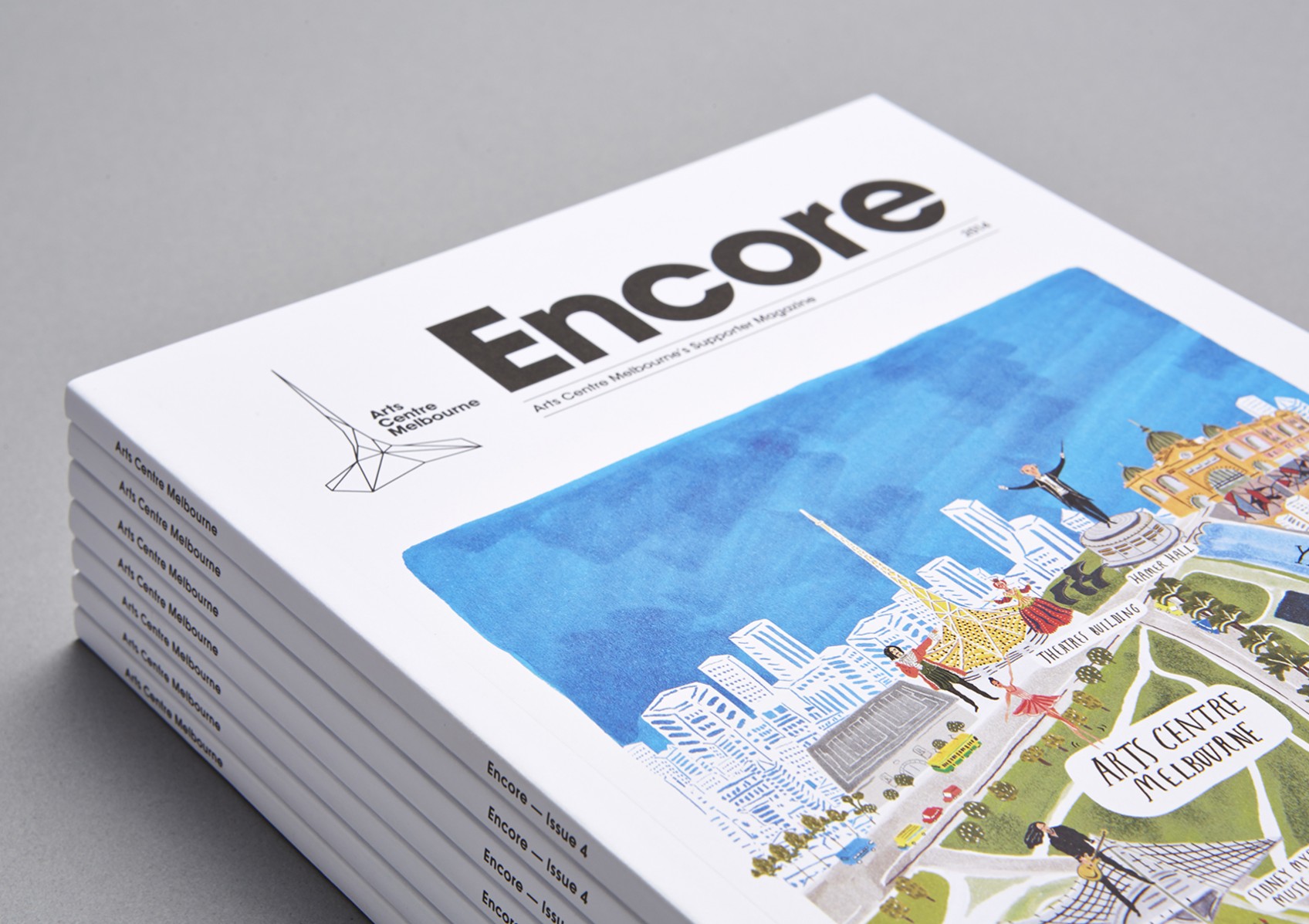 Arts Centre Melbourne is both a defining Melbourne landmark and Australia’s largest and busiest performing arts centre staging more than 4,000 performances and events to more than 2.7 million people a year. Encore Magazine is the institutions supporter magazine and is used to generate donations to help keep the centre running.

We were assigned the task of re-designing and leading a new direction of Encore Magazine toward a more explorative magazine that would serve as a better platform in which to represent each artistic discipline supported by Arts Centre Melbourne.

From graphic design to art direction and illustration direction, we moulded Encore Magazine into a publication that would encourage the arts community of Melbourne to explore, inspire and continue support of its own. The more recent issues, 4 and 5, were a huge departure from the previous Encore Magazine issues and have worked to greatly increase donations and support from previous issues. 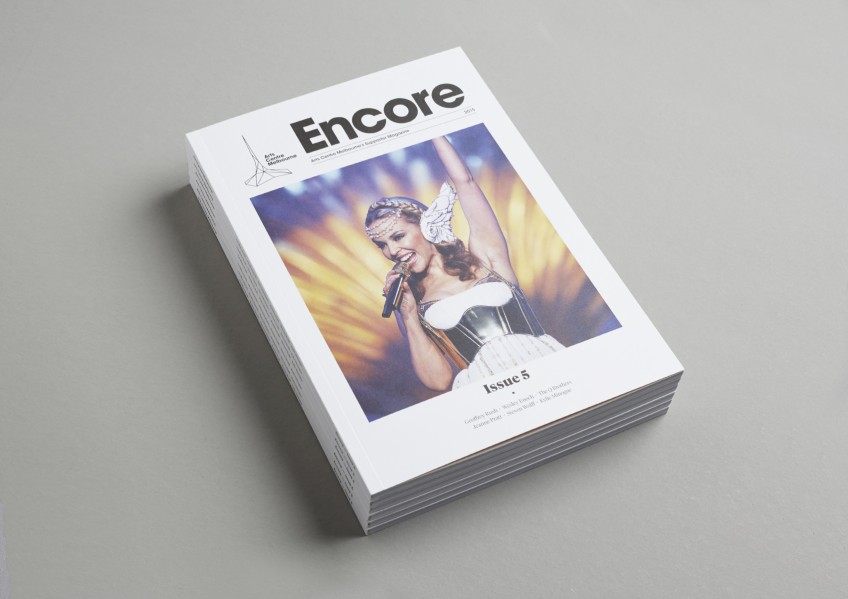 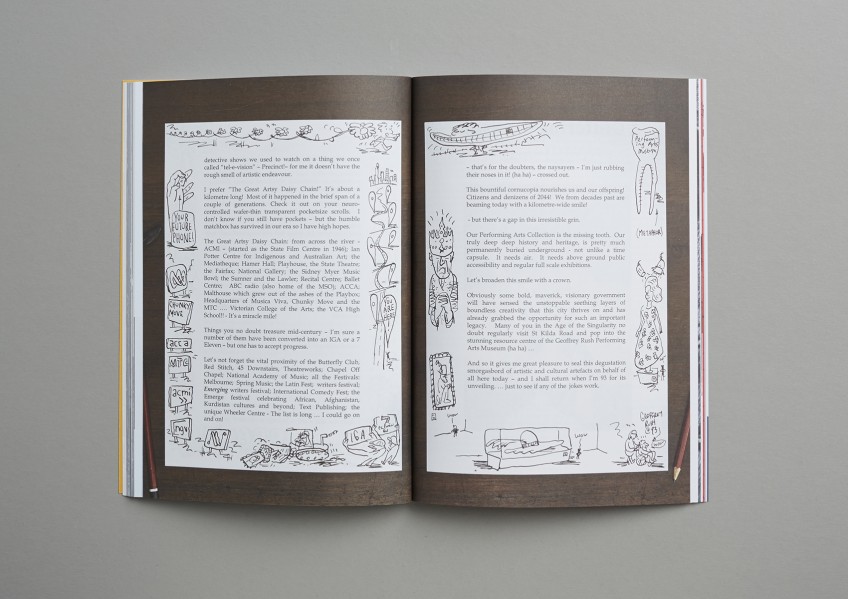 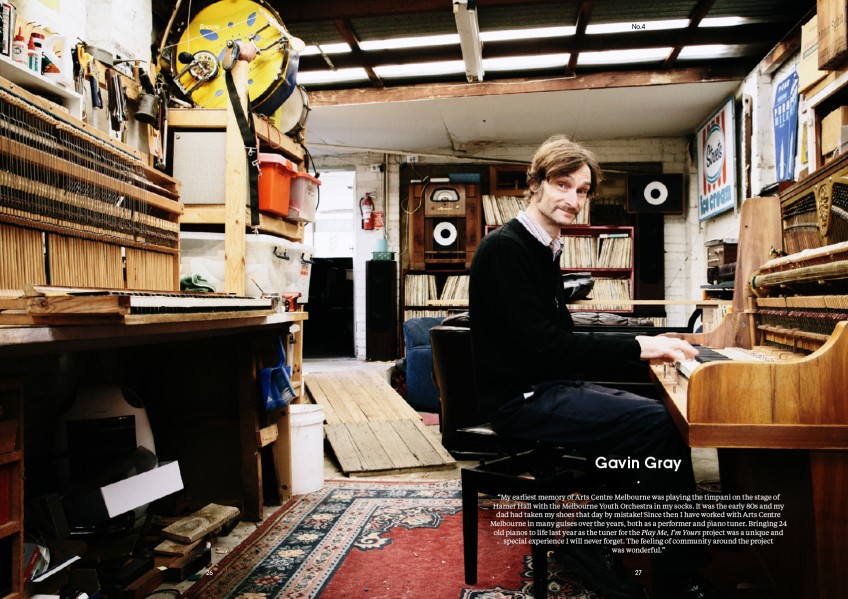 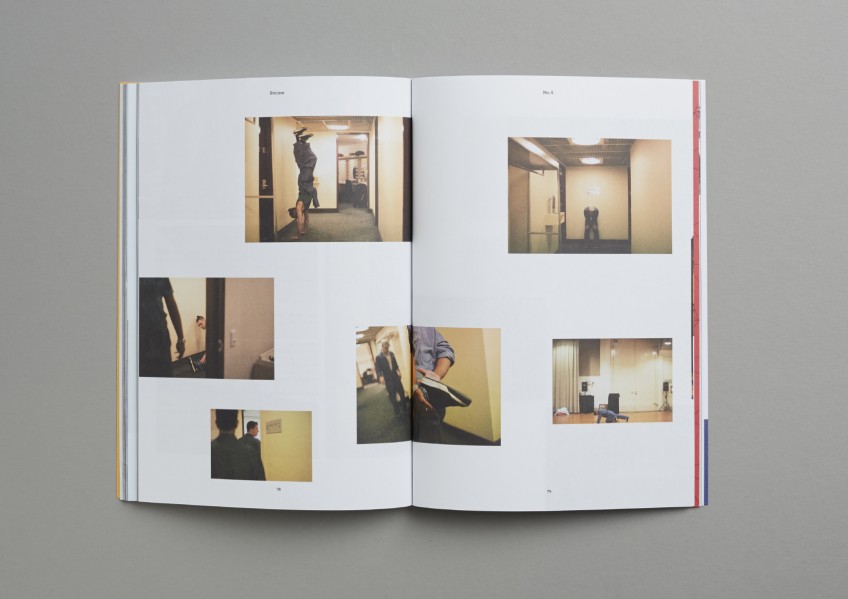 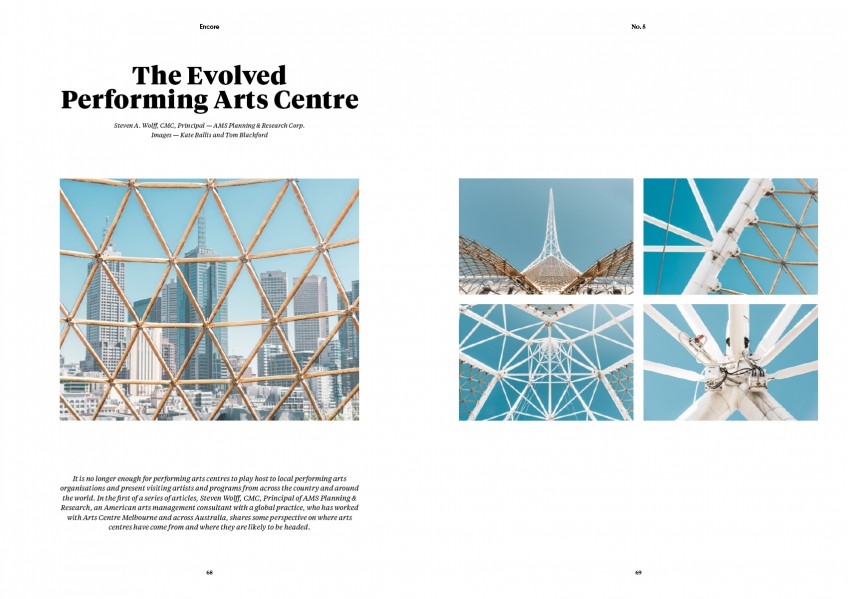 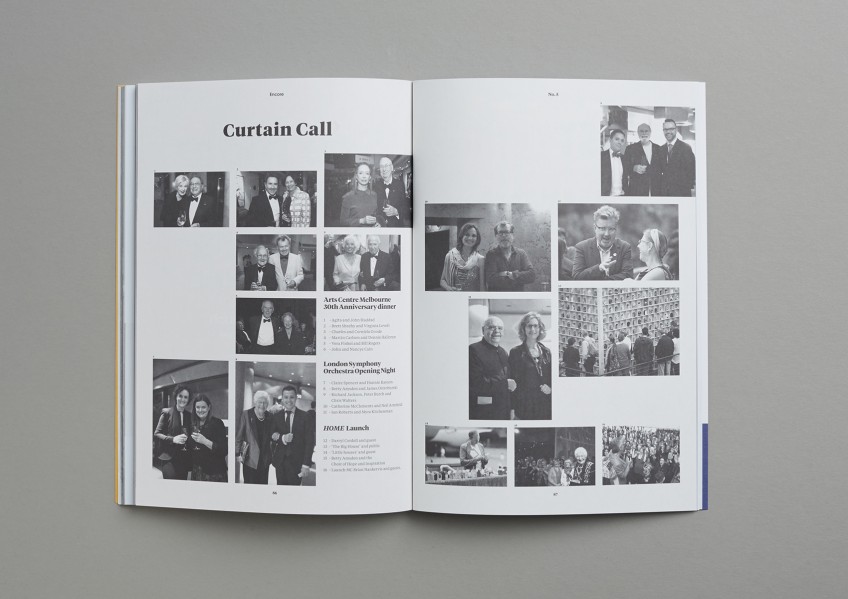 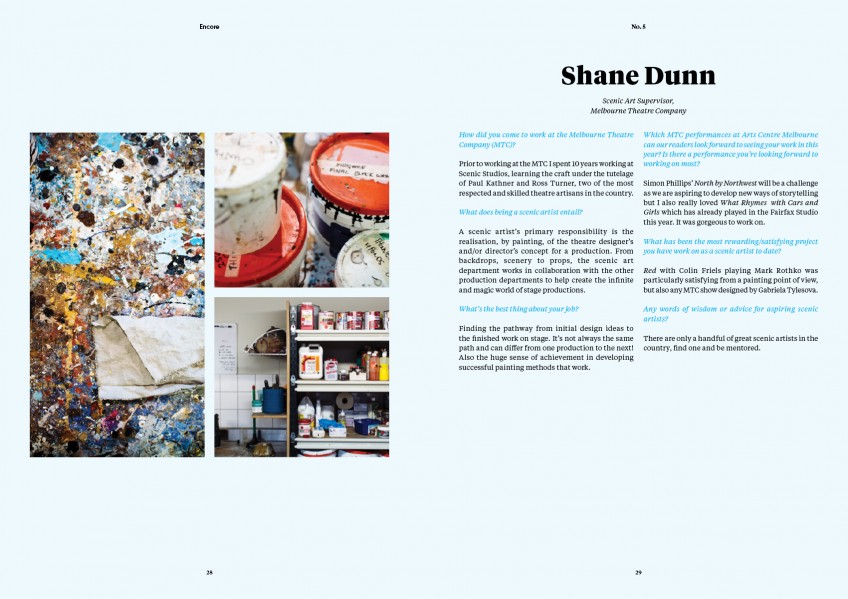 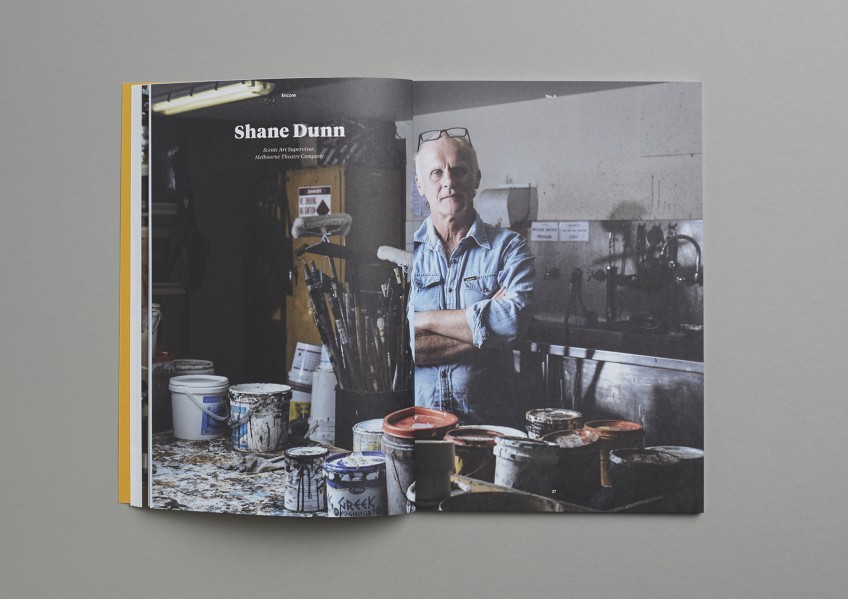 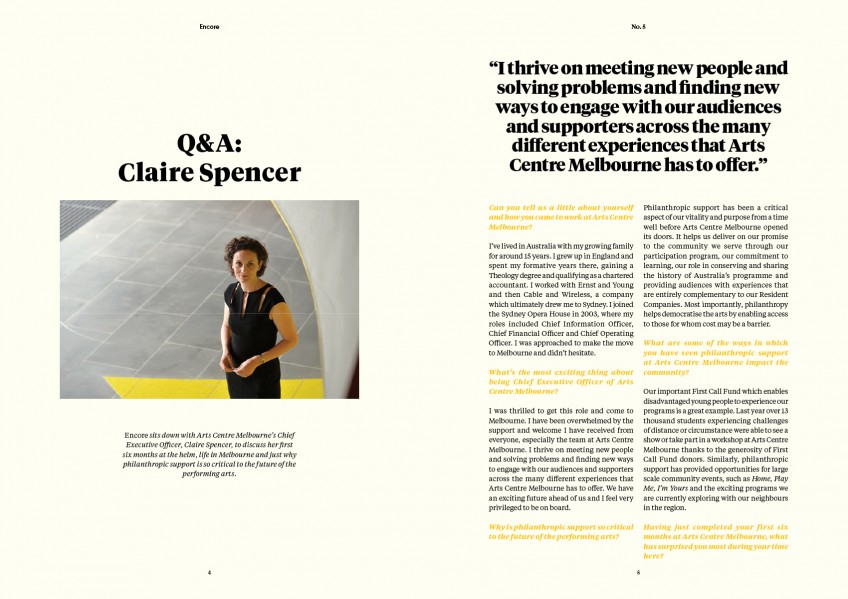 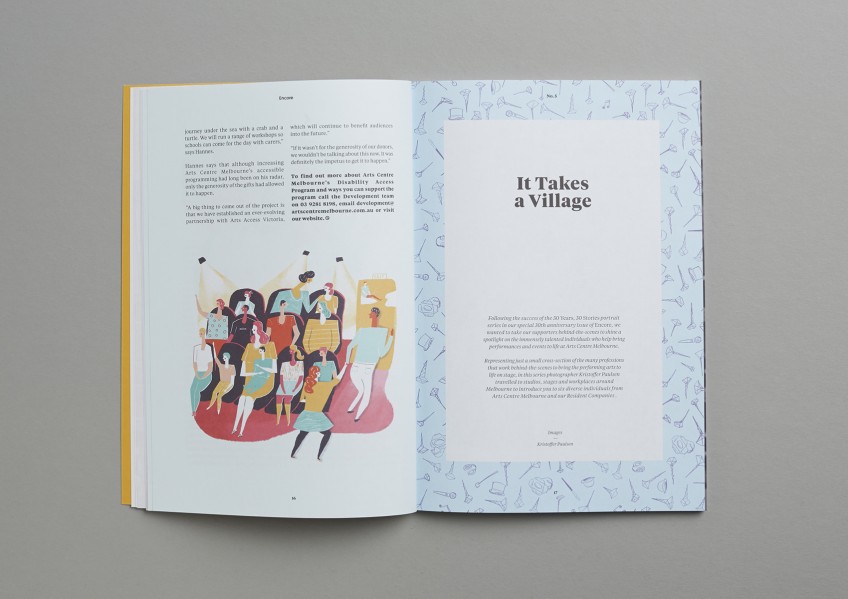 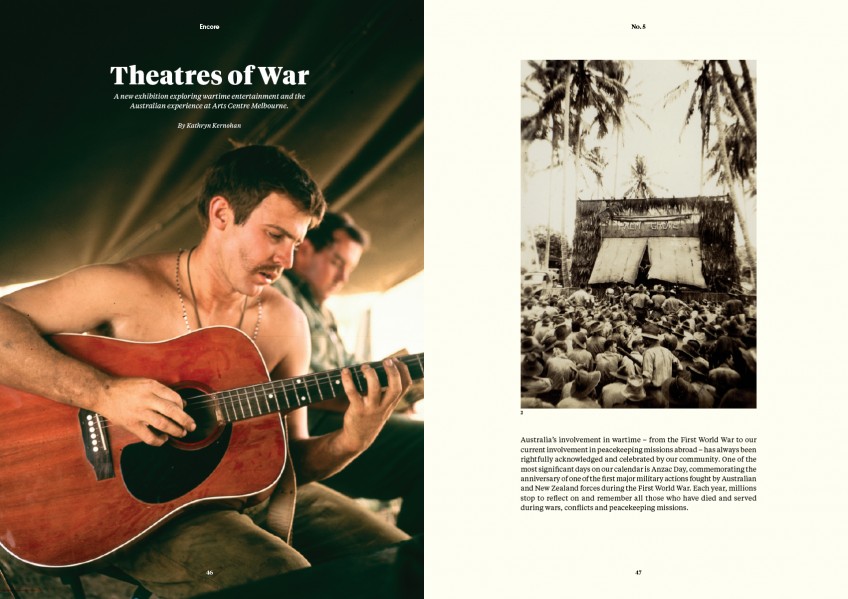 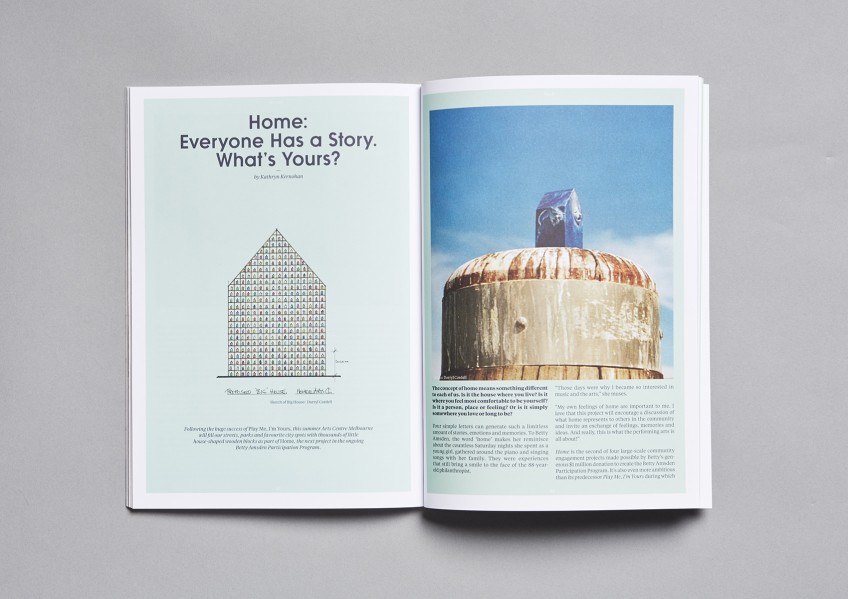 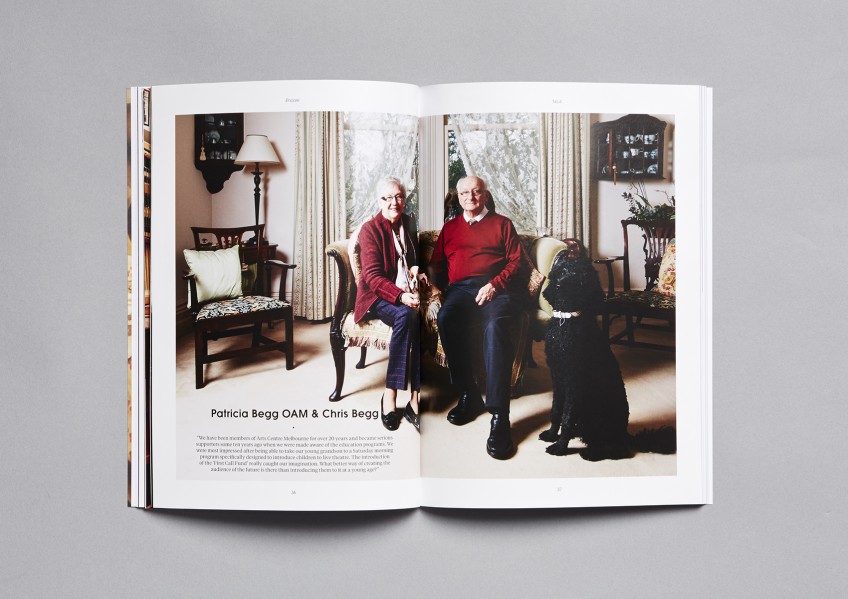